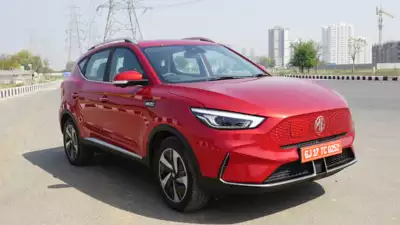 2022 MG ZS EV facelift Review: Fastest SUV in its segment but cheapest to run as well!

It’s been a couple of years since the MG ZS EV was launched and the car did well in terms of sales thereafter. Now though, MG wants to push the game further and has given the ZS a mid-cycle update. The changes are not just cosmetic but run deep down to the powertrain and promise better range, power, and enhanced convenience. However, all these are claims by MG Motor India, so we drove the car recently to find out how the 2022 MG ZS EV facelift stands up to these claims and how different it is from the earlier version.

2022 MG ZS Design
The 2022 MG ZS EV has got substantial visual updates and most of these are taken from the recently launched Astor compact SUV. The headlamps and tail lamps are very similar to the Astor and the windmill alloy wheels have now been replaced by Tomahawk alloy wheels. All these changes look good and lend the ZS EV more dynamism. The biggest change though is the grille, which now in true EV fashion is shut off and looks great. As a result, onlookers cannot miss the ZS EV heading toward them. Overall, I like the changes and the 2022 ZS EV facelift now looks sharper, smarter and more premium.

2022 MG ZS EV Interior, Cabin & Features
The cabin of the new MG ZS EV offers a significantly refreshed experience. The layout hasn’t changed much but there are enough new bits to offer a different experience. First up is the new 10.1-inch colour touchscreen that looks much better than the older unit. It offers Android Auto and Apple CarPlay connectivity, wireless phone charging, three USB & two Type C ports. Just like the older version, the new one to has sim-based connectivity but this time around there are some new features and a total of 75+ functions offered by the i-SMART technology. 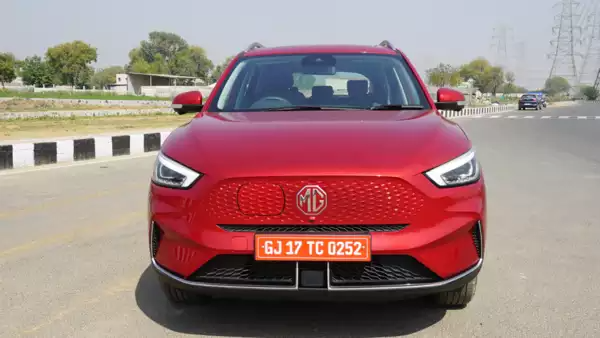 This means you can start/stop the engine, geo-fence your car, track your car, get vehicle diagnostics and a lot more on your smartphone. In this new version, you also get a digital Bluetooth key that allows you to use the car without carrying the physical key. 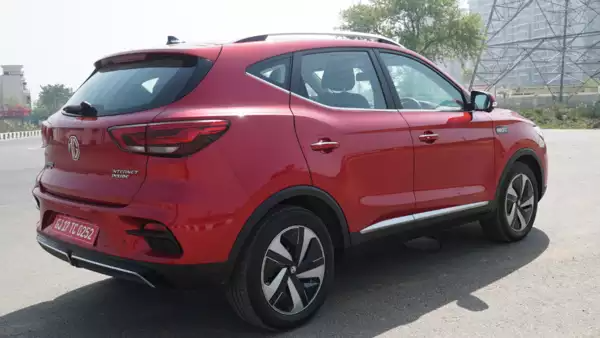 Other new bits include the rear centre headrest, rear centre armrest and rear AC vents. In terms of space, there is no change and that’s fine as the ZS was a decently spacious car to start with and now with the added comfort features and enhanced connectivity, the cabin experience just gets better.

This is where the ZS EV has got the biggest update as it now gets a bigger 50.3 kWh battery that allows for an improved range of 461 km (claimed). The motor too is more powerful now allowing for a significant power increase of 36 ps from the previous 140 ps to 176 ps. 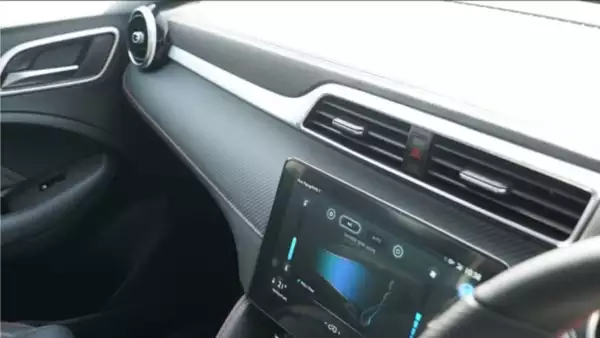 Out on the road, the changes made to the powertrain are easily perceivable. The ZS EV now accelerates much quicker and as a result, is more fun to drive. We were able to do the 0-100 kph run in 8.8 seconds against the company claimed 8.5 seconds so clearly, the ZS EV is now the quickest SUV in the sub-Rs 30 lakh bracket.

The range to has gone up significantly and as a result, the ZS EV is now more practical and usable than ever with lesser range anxiety. OUr driving involved a generous usage of the throttle and hard braking for testing reasons but still, we got a system indicated range of around 350 km. In a regular driving cycle, I expect the range to go up to somewhere around 380 to 400 km depending on numerous factors. If you look at these numbers from a real-world perspective the MG ZS EV should be able to go through the driving cycles of most buyers with just three to four times of charging in a month. 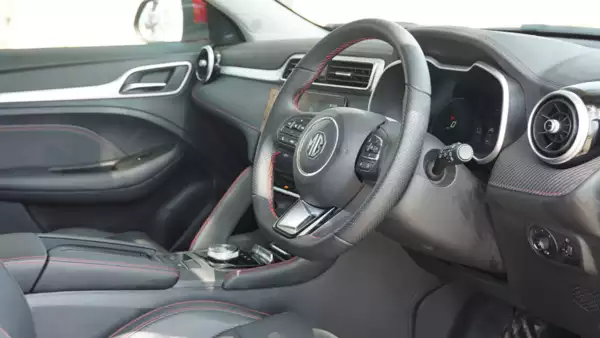 As for charging, on a normal home socket, the car will take about 18 hours to charge fully but on the wall-box charger that comes with the car, you can charge it in about 6.5 hours only. On a 50 kW fast-charger, you can juice up the batteries from 0 to 80% in just about 50 minutes. 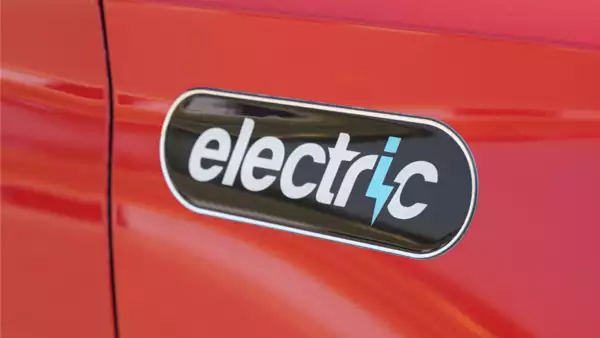 More importantly, for cities like Delhi, the state government recently announced the plan to set up fast-charging stations across the city with prices starting as low as Rs 2 per unit. This would mean one can travel around 400 km for just Rs 100 as the battery will be fully charged from 0 to 100 % with 50 units of power. This translates into a running cost far cheaper than the most fuel-efficient two-wheelers as well! Of course, this is all subject to the government stays true to its words. However, even at standard home electricity rates, the MG ZS EV is today cheaper to run than the most fuel-efficient diesel SUV on sale and that is very promising for Electric vehicles.

Dynamically, the MG ZS EV isn’t very different from the earlier version and continues to be a neutral handling vehicle. Of course, the weight has gone up with the addition of various features and changes to the powertrain but that doesn’t show up on the road. on a straight line, the car is rock solid and the lower centre of gravity owing to the batteries placed in the vehicle’s underbody. Even around the turns the car doesn’t mind going at a fairly quick pace but does exhibit body roll. That said, try and push the ZS EV hard around corners and you’re met with significant understeer but remember this is only when you’re pushing hard. A quick drive through the hills and you won’t have any problems at all. 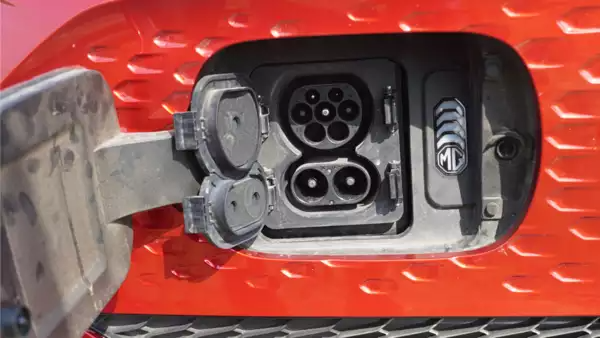 On bumpy roads and over potholes the suspension does a good job and prevents unnecessary motion from being transferred inside the cabin. It’s only the nasty bits that do send some jolts around at very low speeds.

The 2022 MG ZS EV facelift is a vastly improved vehicle compared to the previous version. It is now faster, more comfortable and convenient, looks better and most importantly goes significantly further on every charge. For these upgrades, the price you’ll need to pay now is Rs 21.99 lakh for the Excite version and Rs 25.88 lakh for the Exclusive version. At these prices and for the size and features the ZS EV is comparable to the likes of the Hyundai Creta and Kia Seltos’ mid and top variants. Now naturally, one will question the premium of around Rs four to five lakh for the ZS EV but also keep in mind the exorbitantly high fuel prices that are only going up as I pen this article. 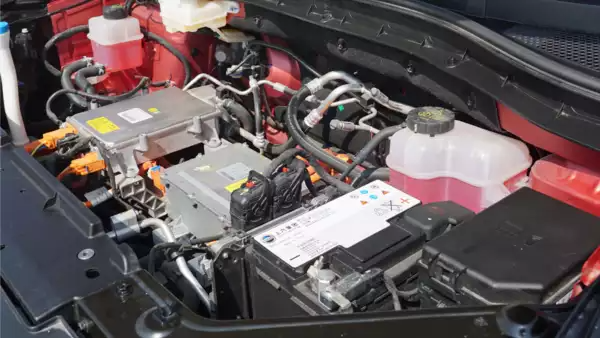 In the long-term, an electric vehicle will help you save a lot more than the initial premium paid and maintenance costs also should theoretically be lower due to lesser moving parts. A win-win situation it seems then but the only thing that is still to undergo a significant improvement is the electric vehicle charging infrastructure. Once that happens even inter-state drives will no longer be a cause of concern. The future is electric and the 2022 MG ZS EV is a good example of things to come.

Kumkum Saini is an auto Enthusiast with over 3 years of industry experience and is presently the Editor of CarCostSaving.com. She loves super sport motorcycles and rear-wheel drive cars. Any machine that can go sideways is always on top of the list for him.
NEWER POSTTata Altroz road test review: A leap ahead but a few steps to go
OLDER POST2022 Kia Carens Petrol DCT/ Diesel AT First Drive Review