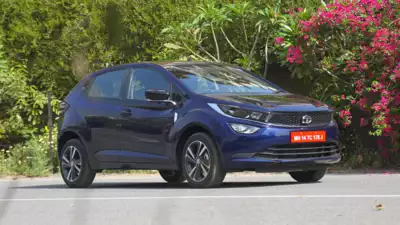 it offers everything that one needs for a convenient driving experience and that too at a very competitive price!

Ever since Tata Altroz made its way onto Indian roads it found good acceptance owing to the stunning exterior design, spacious interiors, impressive comfort and of course the well-known five-star GNCAP certified crash rating. However, the car despite so many positives had a big shortcoming in the form of the absence of any automatic transmission. 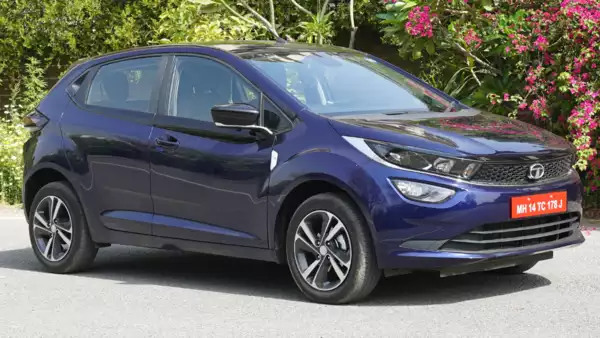 This acted as a limitation, especially in larger cities, where a large section of consumers across mass-market segments prefer automatic gearboxes over manual ones. Tata Motors knew this but took its own sweet time to equip the Altroz with an AT and that time is now.

The car is now finally on sale and the company has tried to make up by bringing in not just an AMT but a DCT (Dual-Clutch Transmission). which it calls as DCA. We got a chance to drive the car recently and find out if the Altroz DCA has taken a leap ahead or is it just the cheapest DCT-equipped car in the country. 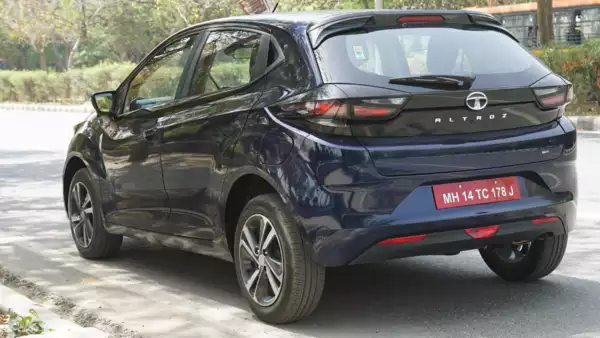 Well, there’s not much to report here as the Altroz DCA doesn’t feature any significant visual changes over the present model. That said, you can now buy the car in this stunning new Opera Blue colour, which in my opinion gels really well with the design of the Altroz. The laser-cut alloy wheels add to the already edgy and sporty styling of the car and there’s also the DCA badging on the tail gate. Overall, the Altroz DCA continues to be one of the best-looking cars in its segment.

Tata Altroz Interior & Features
Inside the cabin, the DCA version is pretty much the same as the existing model. There’s the obvious shift selector that’s new in the cabin but the rest of the layout remains the same. Some notable new bits include ambient lighting and an Xpress cooling function that cools the cabin much faster than the standard full-speed of the blower. The dual-tone dashboard looks premium and the leatherette seats not only look good but also offer good comfort. 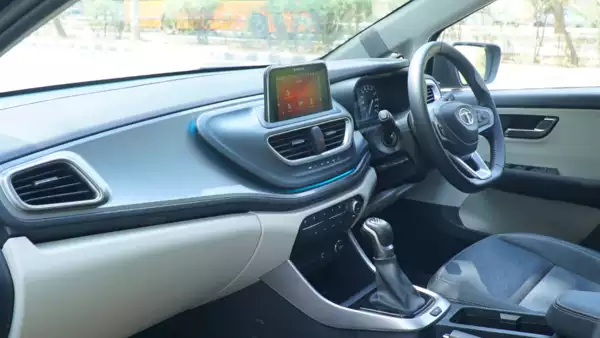 The 7-inch colour touchscreen is the same as we’ve seen in Altroz and does its job well. it also offers Tata’s iRA connected technology, allowing for multiple features to be accessed through a smartphone. Some of the notable ones include remote commands, security & location-based services and accessing vehicle diagnostics among many others. 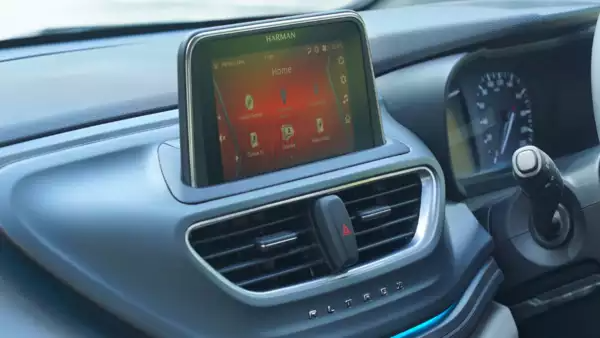 While all this is good, the one area that needs an upgrade is the size of the touchscreen. At seven-inches the screen is smaller than rivals such as the Hyundai i20 and new Maruti Suzuki Baleno. A larger screen would only add more to the appeal, especially for younger buyers.

Space and other features remain the same and that’s a good thing because the Altroz has always been a comfortable car and it continues to do so in the DCA version as well. 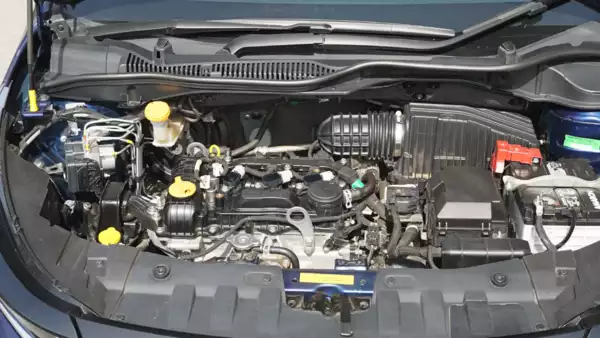 This is where the biggest change in the car has taken place but in a somewhat surprising way. The DCA(DCT) is being offered only with the 1.2 L naturally-aspirated three-cylinder petrol engine. While a DCT is usually associated with sportiness and speed the turbo petrol unit has been left out of the DCT paring form now, which in my opinion is a letdown. Hopefully, this will be addressed soon. 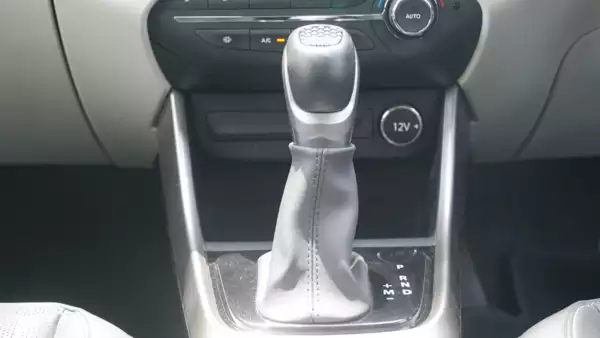 Coming back to the powertrain on offer, the engine develops a decent 86 ps of power and 113 Nm of torque. There is no major tuning change done to the engine but the addition of the DCT has resulted in a weight increase of around 20kg. The transmission itself has many patents filed for it and offers many new features. These include a wet clutch, active cooling technology and a ‘Self Healing’ technology, which prevents the unit from damage against dust in the long-term. All these technologies are a good addition as they should improve the durability of the gearbox and also bring down overall lifecycle maintenance. costs. 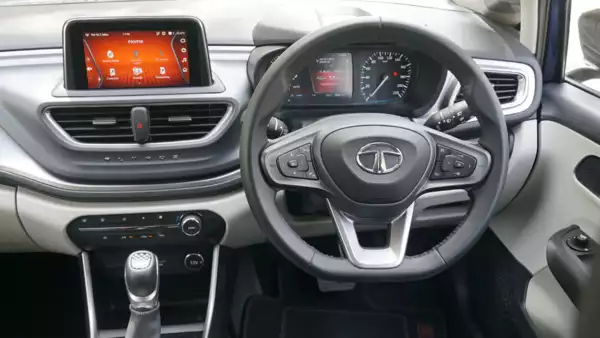 Speaking of real-world performance, the Altroz DCA gets off the line with relative but try a quick launch and the lag is perceivable. On the move, the shifts are impressively fast, owing to the shift-by-wire tech. This results in a smooth and jerk-free driving experience under normal urban driving conditions. Try going quick and that’s where a bit of issues start creeping in, primarily because of the engine itself being just powerful enough to move the Altroz’s weight at normal speeds. The gearbox also displays some lag the moment you go for a kick-down. It’s almost like the gearbox waits for a brief moment for you to confirm that you want to drop a gear and disappear (but that won’t happen). Once past the lag, the car accelerates in a linear manner and one can get to highway speeds easily but you’ll have to be careful with the lag when executing those quick overtaking moves. 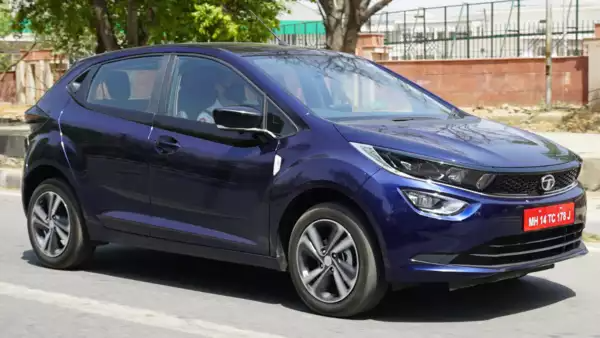 The ride quality of the Altroz hasn’t seemingly changed much due to the increased weight and it continues to offer a supremely comfortable ride quality. Handling is sure-footed on straights and even through corners the Altroz DCA has good grip and maintains the intended line despite some body-roll.

Tata Altroz DCA Price: Should you buy it?

Priced between Rs 8.09 to 9.89 lakh, the Altroz DCA is presently the cheapest car in India with a DCT. For the money, it offers one of the best value-for-money (VFM) propositions in the premium hatchback segment. The only downside to it is that despite having a DCT the Altroz is not a car for the enthusiasts. It offers great convenience, safety and comfort but can improve on driving fun and engagement. However, once you look past the needs of the enthusiast, the Altroz DCA makes great sense. It might not have some of the cool and talk-worthy features of its rivals but it offers everything that one needs for a convenient driving experience and that too at a very competitive price! 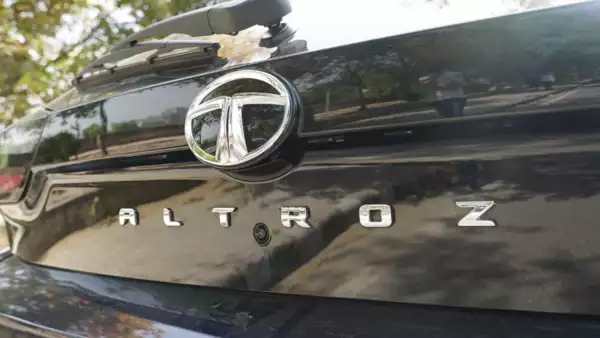 Kumkum Saini is an auto Enthusiast with over 3 years of industry experience and is presently the Editor of CarCostSaving.com. She loves super sport motorcycles and rear-wheel drive cars. Any machine that can go sideways is always on top of the list for him.
NEWER POSTHyundai Grand i10 Nios review: The reliable hatch gets a worthy upgrade
OLDER POST2022 MG ZS EV facelift Review: Fastest SUV in its segment but cheapest to run as well!