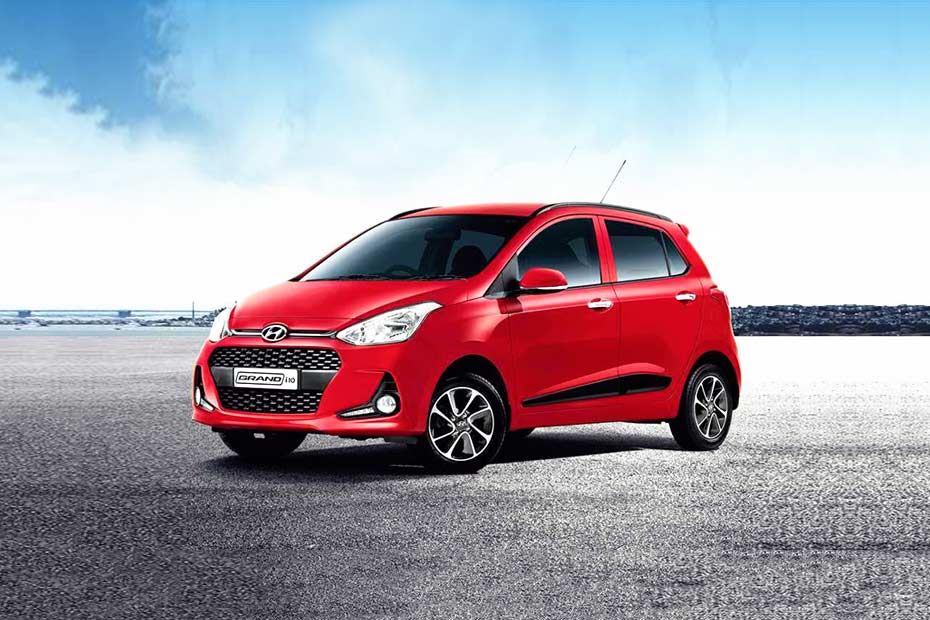 NEW DELHI: A hatchback that is smart, sporty and importantly widely-accepted stepped into its third generation a few months back. The all-new Hyundai Grand i10 Nios made its way in the market, sitting comfortably under the Grand i20 in the company’s portfolio.

We sampled the petrol automatic variant of the mid-trim Grand i10 Nios Sportz. For starters, I must to accept that the interesting tweaks in the built have enhanced the look and feel of the hatchback. And the performance … we are here to discuss:

With every second passenger vehicle on road in the country a compact hatchback, the Grand i10 for me was always a safe and stylish entry-level buy — accommodating and reliable. The Nios now gets projector headlamps and fog lamps, body-coloured bumpers, and boomerang-shaped LED DRLs (daytime running lights) as a part of the redesigned front, doing away with the blandness of the previous generation.

Step aside, the side profile is equally upbeat. B-pillar and window line is furnished in black paint, the door handles are chrome coated, and the Nios features a shark fin antenna. The low-loading lip boot stands at 260 litre, which is at par with the rivals. The top-of-the-line Asta trim gets 15-inch diamond-cut alloys, which fits into the visual scheme of things. However, other trims are equipped with 14-inch gunmetal grey alloys that are decent also.

Wait, that’s not all. As you move along the roofline, the focus will shift to the C-pillar, where you would find Gi10 branding. Whether you are heading to the office or a weekend party, the Nios will never seem out of place. The rear is offered with a skid plate, ‘NIOS’ branding at the centre and a chrome strip lining the tailgate. Barring the height, the Grand i10 Nios has grown in proportions: 40 mm in length, 20 mm in width and 25 mm in wheelbase. The visual tweaks are contemporary, interesting and at no point in time look exaggerated.

What’s inside?
A complete makeover, the interior of Grand i10 Nios is laid in dual-tone grey finish. The colour is very soothing to the eyes and the interior looks most premium in i10’s 14 years of existence in the market. The quality of plastic used to build the interiors is equally good with smart touches. Webby pattern on the dashboard exudes that sense of elegance.

The seats are plush, hold your position well even on long rides. The view ahead from the driver’s seat is wide and clear. A generous amount of space is on offer in the cabin, with a couple of cupholders and a parcel tray between the front row passengers.
The rear seat is spacious enough to comfortably accommodate three people. Legroom and headroom for passengers are adequate, however, headrests are fixed and no rear passenger armrest. The eight-inch infotainment system looks one of the best in the segment and offers a good touch response.

Two USB charging ports, reverse parking camera, wireless mobile charging, and a driver rear-view monitor are among the bunch of 20+ feature additions in the Nios over the previous generation i10. Well, the commonly-facilitated BlueLink tech onboard Venue and Elantra goes missing in Nios. The steering wheel is light and easy to maneuver with audio-mounted buttons, however, very elementary in design and built. The fit and finish of the interior are satisfactory and mostly hard plastic is used to.

Engine options to choose from:
Hyundai Grand i10 Nios gets a BS-VI compliant 1.2-litre petrol and diesel engines along with a 5-speed manual and AMT gearbox options. The petrol offering pumps out 82 bhp and 114 Nm while diesel generates 74 bhp and 190 Nm of torque.
Claimed fuel efficiency:

Performance and ride:
The refined motor with seamless gearshifts of the test car, Grand i10 Nios Sportz AMT, was an important USP of the new generation. Hyundai claims to have employed electronic gear and clutch actuators aiding the lighter and quicker shifts. Throttle response isn’t brisk, and that’s something that comes along with most AMTs.

With a reworked sound insulation system, we could barely hear the engine thud on the move. However, out on the highways, when you tend to push the car to its limits, things become slightly out of sort for the Nios. Quick overtakes and extended sprints at over 120 kmph aren’t exactly Nios strong points, and from our experience, we think Nios is an excellent car for city runabouts – easy to operate through crowded confines without the hassles of manual gear shifts.

Pliant in the city, somewhat softly-sprung suspension set up dispatches potholes and bumpers comfortably. The overall ride quality is plush yet takes a slight beating on bigger bumps.

The pleasant surprise is the handling. It goes up by a notch and there is a hint of improvement in the steering feedback over the Grand i10 as well. So, it is more comfortable with those occasional high-speed corners and the vagueness that the earlier model had, has been nullified to a great extent. The cabin offers a quiet drive experience and the NVH levels go up too when compared to the Grand i10.

The cabin of Nios is a good place to be in, witnessing a jump in improved handling over the Grand i10. Body roll is way lesser in high-speed corners, something that bothered to a great extent in the earlier generations. It surely feels the Korean carmakers have worked on the shortcomings of the Grand i10 and furnished a product which is lively and matured.

Verdict:
No BlueLink technology, no top-end diesel automatic, yet Hyundai Grand i10 Nios is a solid product, which like its previous generations will pull the buyers spotlight on itself. Hyundai’s variable warranty options also provide the buyers with a choice to opt as per the needs. The packaging is more competitive than the pricing and the buyers have a plenty of trims to choose from.

Kumkum Saini is an auto Enthusiast with over 3 years of industry experience and is presently the Editor of CarCostSaving.com. She loves super sport motorcycles and rear-wheel drive cars. Any machine that can go sideways is always on top of the list for him.
NEWER POSTHyundai Aura review: Your next compact sedan?
OLDER POSTTata Altroz road test review: A leap ahead but a few steps to go