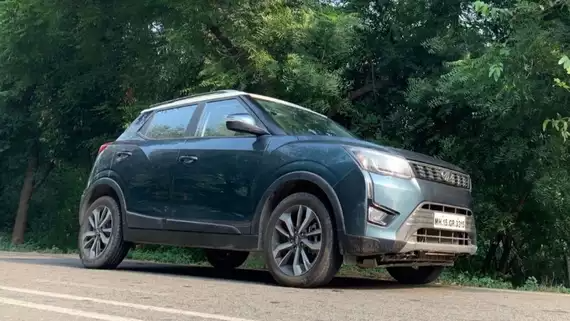 M&M were quick to reconsider the affordability quotient of XUV500, trying to stay afloat in the sea of the options and introduced the all-new the XUV300. In its true second innings, does this car meet requirements to be a part of XUV lineage. Here are the hits and misses of the XUV300.

NEW DELHI: Let us rewind a little before we get started with the baby XUV. Powerful, practical and with a face of a hooligan, Mahindra took the market by storm in 2011, launching the XUV500. The utility vehicle roared unrivalled in a segment mostly occupied by premium sedans.

Things, however, changed with time. Moving ahead, likes of Tata Harrier and Hyundai Creta entered the market, until the latest with Kia Seltos and MG Hector hogging the limelight. M&M were quick to reconsider the affordability quotient of XUV, trying to stay afloat in the sea of the options and introduced the all-new the XUV300. In its true second innings, does this car meet requirements to be a part of XUV lineage. Here are the hits and misses of the XUV300:

Looks: Is the XUV300 a cut above the rest? Built with the same intent, the XUV300 lacks the road presence which the bigger XUV has. Stylish yet miniaturized due to the trimming of dimensions make it a sub-4-metre utility vehicle.

A byproduct of Mahindra-Ssangyong partnership, XUV300 sits on the re-engineered platform of Tivoli. The front looks aggressive, yet neat. A lot of chrome has been used, starting with four parallel stripes setting up the bumper, bottomed by a skid plate and flanked by foglamps which are housed in a black case. The grille is again a mix up of chrome and black in a checkered manner.

The side and rear profile take a gentle beating, perhaps, due to the size cut down. The dual-tone aquamarine unit we had for the ride, came equipped with 17-inch diamond-cut alloys, wheeling arches, bi-coloured OVRMs and roof rails. M&M’s policy to cater an uncompromised SUV look exists throughout the body line.

The rear end appears slightly truncated, reflecting the possible last-minute adjustments to keep it under 4-meter. That said, the rear looks chunky, thanks to a beak-shaped tail lamp, silver skid plate and a massive bumper. The brawny layout takes most highlights of the XUV500 and throws back a youthful impression.

Interiors: Upbeat in design yet shallow somewhere
Not as spacious as it appears from distance. Step inside the SUV, and the black and beige colour scheme is rather sophisticated and soothing to eyes.

The touch infotainment system takes the centre stage, supported by Android Auto and Apple CarPlay, followed by the climate control settings. The keys are built solidly, however, look very dated. Based on black, two dials show the speed and instantaneous revs, along with a vertical stacking dash displaying other basic readouts.

The seats are well-cushioned and are electronically adjustable. XUV300 is offered with sunroof, yet it isn’t the biggest, honestly. Ending before the second row, the purpose of the sunroof is actually limited in this case.

The cabin is very practical and the creature comforts include power windows, climate control, parcel trays, armrest, sunglass holder and two USB ports in the front row. The second row has ample space for three, with cupholders in the central armrest. The boot space at 257-litre doesn’t help much in case you’re heading out for family vacation.

Engine and drive quality: Wait for your the moment

Both petrol and diesel variants of XUV300 are available for sale and the one had in our hands was the 1.5-litre turbocharged diesel variants, mated to a six-speed manual transmission. The engine belts out 116 PS power and 300 Nm of peak torque.

The gearbox is sturdy with long throws. In the start-stop city traffic, regular gearbox shifts become inevitable, which can be at times bothering. That said, the engine is torquey, and has a strong mid-range punch. Out on the highways, you would enjoy the most. Cruising at speeds well over 100kmph, the XUV300 oozes not a single squeak. And the good part, you can expect a combined fuel efficiency of over 16 kmpl from the diesel powertrain.

The car soaks most road undulations with ease, thanks to MacPherson Strut suspension upfront and twist beam at the rear. The steering is neither stiff nor plush, sufficiently calibrated to point and shoot through crowded confines. The braking is spot on, where M&M has employed double discs for duties. Along with brakes, the safety features also rank high — seven airbags, ABS with EBD, stability control, traction control, cornering control and more.

Pricing and footnote: Almost there …

The XUV300 shines back the character the XUV500 had, however, with its own share of demerits. A little disproportionate design and low on boot space are sure deterrents. Importantly, the petrol variant misses out on automatic transmission about which we would talk another day.

Wrapping up, I must admit, the performance, ride quality and sheer presence of an SUV come bundled in the XUV300. And for all these, M&M has priced the baby XUV at Rs 8.1 lakh and the one with bells and whistles at Rs 12.69 lakh (ex-showroom). The pricing puts the Mahindra XUV300 at par with Hyundai Venue, Maruti Suzuki Vitara Brezza and Tata Nexon.

Kumkum Saini is an auto Enthusiast with over 3 years of industry experience and is presently the Editor of CarCostSaving.com. She loves super sport motorcycles and rear-wheel drive cars. Any machine that can go sideways is always on top of the list for him.
NEWER POSTVolvo XC40 T4 R-Design review: Let comfort take the driver’s seat
OLDER POSTIsuzu D-Max V-Cross Z-Prestige review: Is bigger always better?