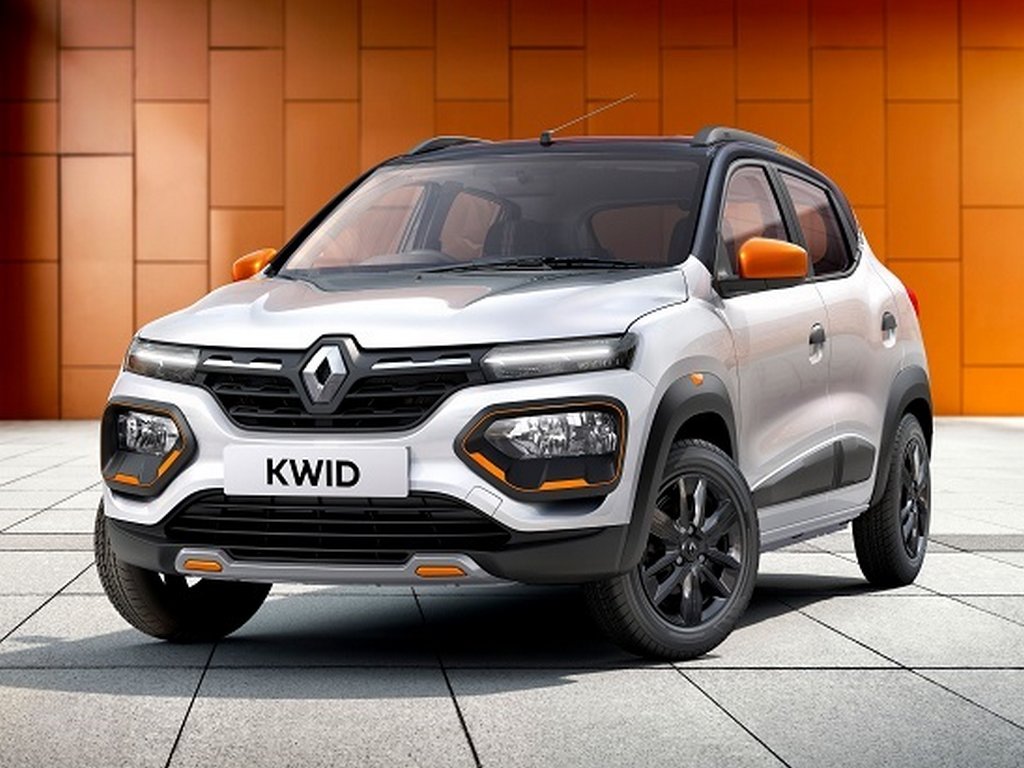 NEW DELHI: Today, we take the case of a hatchback that needs no introduction — Renault Kwid. A car that gives market leader Maruti Suzuki a hard time to an entry-level offering that kindled the idea of micro-SUV, Kwid has made its presence felt over the years in several ways.
There is a reason why we are talking about the Kwid. Renault’s most-affordable car gets a mid-life facelift, stepping into a new generation. So, what’s new about the all-new 2019 Kwid, we are here to find out: Customer sentiments! The sales of Hyundai Venue, Kia Seltos, MG Hector, and even the newly-launched Maruti Suzuki S-Presso narrate a different story amid the automobile industry slowdown, reflecting the uptrend in popularity of utility vehicles. Now, Renault has offered changes to the Kwid that are mostly cosmetic, making the silhouette more appealing and futuristic than ever.

To begin with, most changes have been infused upfront. The new Kwid gets a revised bumper, which surely looks beefier and hosts the pentagonal headlamps. Sleek LED DRLs have moved up, flanking the front grille. The grille is slightly reworked with splashes of chrome on a black built

The new colour scheme Zanskar Blue, I think, is extremely warm, presenting the Kwid with a lively look. Orange inserts have been proactively used in the bodywork — rearview mirror, around the headlamps, roof rail, and rear skid plate. Well, the brilliant colour scheme and tweaks make the Kwid eye-catchy car in the crowd. Side and rear profiles are majorly untouched, however, the taillamps are reworked. Kwid rides on the 14-inch low-resistance CEAT tyres and you would find an LED light guide in the tail cluster. The rear half of the car retains the tidy and clutter-free profile.

Step inside:
The upbeat changes have been carried inside out, with the interiors receiving a fair share of updates. Most noticeable change the latest 8-inch infotainment system, which to my view, is slightly oversized concerning the space of offer. That said, the new infotainment offers a deluxe feel in the budget car.

The cabin is built with hard plastic. ‘KWID’ badging is embossed on the front panel. The top-end Climber also gets a few exclusive features like the chrome wrapped AC vents and dual-tone seat cover. In fact, I like the upholstery used out here, which surely would make competitors appear lackluster.

How is it to drive?
Mechanically, Renault confirmed Kwid remains unchanged so the ride quality, handling, and safety features are carried forward. Kwid comes equipped with 0.8-litre and 1.0-litre BS-IV compliant petrol engines. The hatchback is available in both manual and automatic gearboxes. Kwid remains frugal as even, returning over 22 kmpl.

Who would buy?
So, what about the new pricing? The 800-cc base model is marginally expensive at Rs 2.83 lakh over the outgoing trim. The top trim 1-litre Climber AMT is for Rs 4.92 lakh (ex-showroom). Well, the updated Kwid surely is value for money. Prices from here will only go north after the BS-VI engines come into play.

In the rivalry chart, Maruti’s S-Presso doesn’t have an 800-cc motor, so if you compare the base variants of standard 1-litre offerings, Kwid is expensive by almost Rs 60,000.

Verdict:
Kwid had always been a popular and pleasant car with good city manners. Launched in October, Kwid sales’ touched 5,000-mark during the festive period, which is almost half of what Maruti Suzuki S-Presso did. Well, that’s not a deterrent, with Renault pitching two products with similar engine, platform yet different in volume — Kwid and Triber. Slowly and steadily, Kwid will make its presence felt.

Kumkum Saini is an auto Enthusiast with over 3 years of industry experience and is presently the Editor of CarCostSaving.com. She loves super sport motorcycles and rear-wheel drive cars. Any machine that can go sideways is always on top of the list for him.
NEWER POST2019 Volkswagen Polo GT TDI review: Pocket-rocket hatchback
OLDER POST2020 Tata Harrier review: Upgraded with a dash of comfort